Yard of Turkey, the Bilgin Yachts has recently launched its first boat of its new series 47.5 meter Bilgin, this is the 156 semi-custom series, and has been given the name Nerissa. 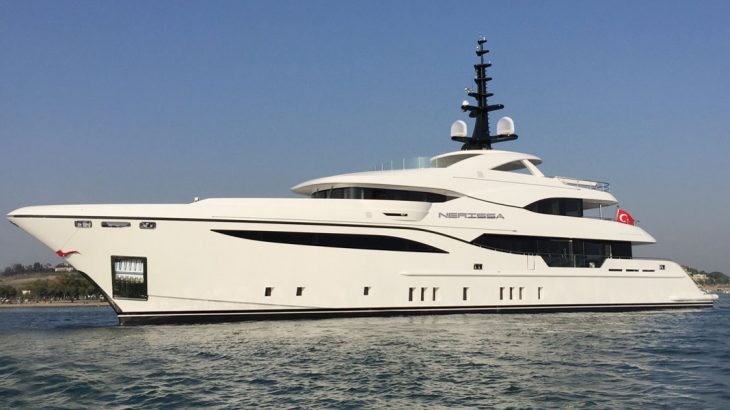 Three yachts are going to be developed by the developers and one of three is currently at the under development stage at Bilgin. The Nerissa will have its trial at sea before moving to the South of France. Here, in the 2017 Monaco Yacht Show, she will make her first public debut.

The naval architecture and exterior of the yacht has been completed by Unique Yacht Design (UYD) Company. The yacht is comprised of full displacement hull made up of steel and aluminum superstructure, she also has a 496GT total interior volume.

The yacht is powered by two diesel engines 1,475hp MTU 12V2000 M72 and according to the expectations, it is going to achieve the top speed of 16 knots. And it can go to the maximum range 4,000 nautical miles at 12 knots, her cruising speed.

The general arrangement and interior of the yacht has been developed by H2 Yacht Design. They have beautifully crafted the interior of the yacht by giving one generous suite for the owner along with a foldout balcony. In total the Yacht has five cabins; it included two cabins (VIP) and two guest cabins. All five cabins allow the comfortable accommodation of 12 guests.

The interior of the Yacht is highly modern and bright. It has large windows, which let the ample amount of sunlight to make its way into the room. The yacht has the copper color scheme, which is complemented by subtle touches of wood variants and metals.

The other parts in the yacht too have spectacular specifications and detailing. More information about this super yacht can be accessed from the website of Yard of Turkey.